Adoption Laws for Gay Couple and Single in Different Countries

The procedure of Gay adoption, also known as LGBT (lesbian, gay, bisexual and transgender) adoption involves a child’s adoption by someone with a different sexual orientation. Gay adoption usually is a joint adoption by a same-sex couple. Step-parent adoption is also popular where one partner of a same-sex couple adopts the others, biological child. Single lesbian, bisexual or homosexual parents also adopt children in order to have a family of their own.

27 countries around the world and in some sub-national territories are in favour of gay adoption. Apart from these 27 nations, 5 countries have legalized step-child adoption in some form.  Major countries, however, have prohibited gay adoption throughout the world. Debates in many forms are raised all over the world to legalise gay adoption, but it is yet to get a global legal status.

The main concerns of authorities of the countries that are yet to legalise gay adoption are the ability of the same-sex couple to provide stability and good parenting skills to the child. There are no clear specifications about gay adoption in most of the nations. It has been deemed unconstitutional in many developed nations. Judicial review is required to legalise the process.

The research outcomes on LGBT adoption and parenting are based on the certain specific case of adoption. Sadly, these researchers fail to bring out the exact reasons for failed parenting and consider gay parenting to be its cause. There are several other factors that affect and influence a child’s growth and development. Instead of going deeper to the root cause, researchers consider the parent’s sexual orientation to be the reason for a failed parenting. However, there is no significant evidence of such considerations. As a matter of fact, the child also has to understand its adoption status to adjust dynamics with the parents. It is high time for researchers in this field to come forward and be rational in their studies.

Let us read further on the Legal Status of Gay Adoption across the globe:

Many LGBT households desire to go for adoption to create their families. Ever since the marriage equality ruling has legalised LGBT adoption all across the U.S., LGBT prospective parents are legally enabled now to adopt a baby from foster care. More than 16,000 LGBT families have adopted over 22,000 children legally in the U.S. alone.

Columbia lifted its Ban on gay adoption in November 2015 within the country. The country now allows same-sex couples from other Nations to adopt children from Columbia. Ever since the law has been proposed in 2015 and implemented in 2016, LGBT prospective parent has started adoption in the country.

Brazil is open to international LGBT couples as well as singles to adopt children. As per the law, the intended parent must be at least of 25 years of age and should be 16 years older to the child they prefer to adopt. Couples who want to adopt children as partners have to visit Brazil to complete the in-country process that requires a stay of nearly 35 to 45 days. The Children’s Home Society and BAAS International effectively work on the international gay adoptions in Brazil.

Some of the states in Mexico allow same-sex international adoption to couples. As per the Mexican international gay adoption laws, the couple should be married for a minimum period of 2 years to be eligible for such adoption. This law is primarily implemented to assure the security of the children and give them a proper parenting.

It is a bit of difficult for LGBT persons to adopt in the Philippines. However, it is at not impossible. The Philippine law doesn’t identify same-sex marriage. Hence, gay couples in the country are technically not eligible for international adoption from this country. The U.S. Bureau of Consular Affairs has declared that the Philippines “does not expressly forbid gay, bi-sexual, or transgendered individuals from applying to adopt individually.” The Filipino Law Group indicates to offer help to the gay couples and made it possible for them to adopt children from the Philippines.

There is no reason for the gay couples to be discouraged though it is a little difficult for them to adopt without any friction. They can easily foster adoption in the United States of America. There are a number of adoption agencies working in private for the LGBT parents. Such private adoption agencies help LGBT couples or singles on open or closed adoptions. They take care of every legal aspect and legally process al the documentation.

All in all, you have to remain positive towards your determination to have a family. Children build your forever family and bring lifetime happiness to you. Progressive nations have accepted same-sex marriage and gay couples. They have come up with a much broader mind-set in implementing adoption laws for international as well as domestic same-sex couples. 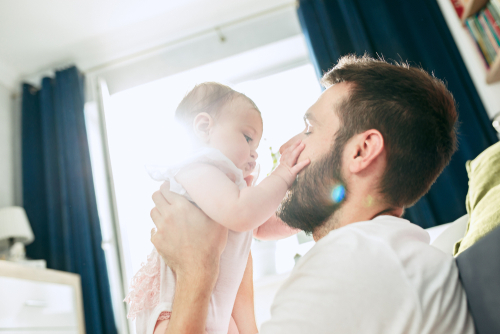